The praise team from Open Baptist Church did an awesome job. It was very moving to hear songs in the language of Setswana, I didn’t know what I was singing but I was making a joyful noise to praise God. 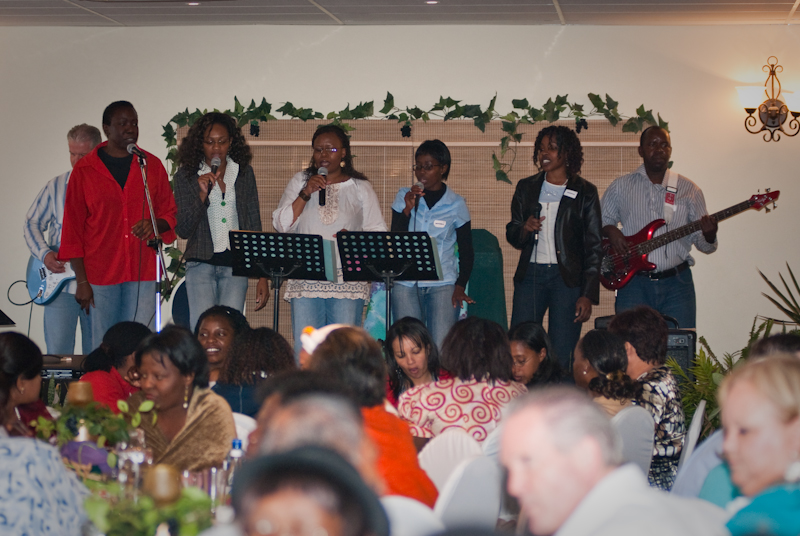 David and Denise Glenn did a wonderful job at the conference; despite the fact that Denise was very sick the day they arrived in Botswana and David’s voice was not up to par. After much prayer from the Open Baptist Church, Johnson Ferry Baptist Church teams and many facebook friends, you would hardly know that the Glenns had been feeling less than one hundred percent. 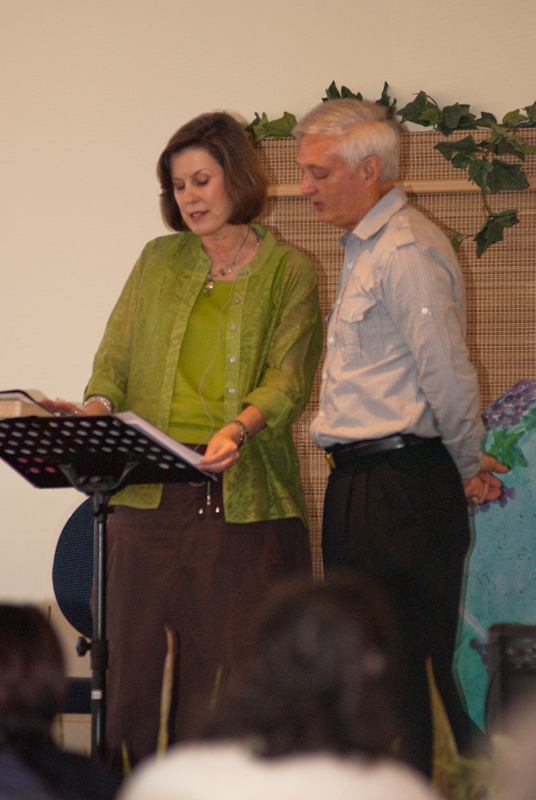 A photograph of the small group of new friends at our table. I’m still amazed that only nine people at a table can represent nine countries and three continents. Jamie’s blog has the list of countries. 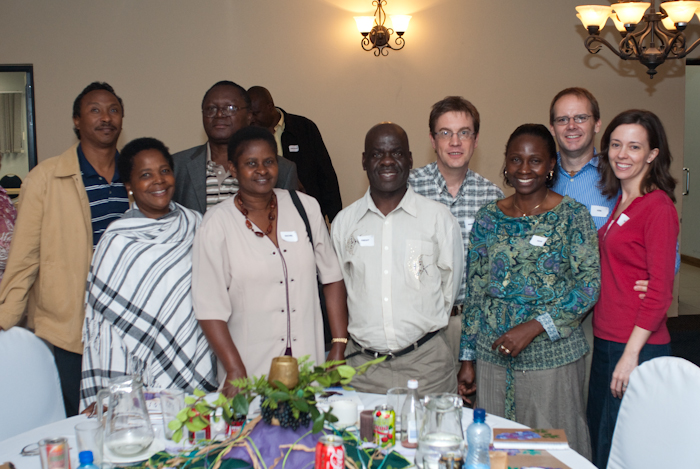 During the setup and tear down we moved plants in to be set around the stage. It’s a dangerous job moving a jungle into a conference room, but we pulled it off with only one injury. Chad was attacked by a rough plant and bled on the nice tile floor (pictured below) 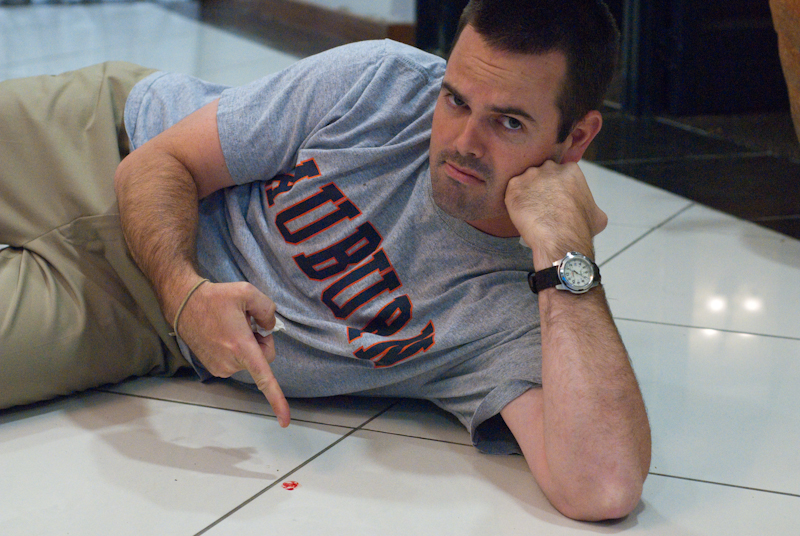